The price of fuel has multifarious effects on an economy. India is certainly no different. In recent time, we have found that the price of petrol and diesel has increased in small amounts several times. As a result, petrol diesel price hike reason is evidently one of the most hotly debated topics making their rounds amongst the national population. If some are happy blaming the earlier governments, some are hell-bent to prove it as the fallacy of the current government. In 2019-20, India imported 270 million metric tons of crude oil valuing almost $120 billion. As per December 2020 reports, India was the 3rd largest importer of petroleum in the world. However, the crude oil import of the country has reduced to almost 1/10th in 2020 (4.04 billion BPD) with respect to crude oil import in 2019. 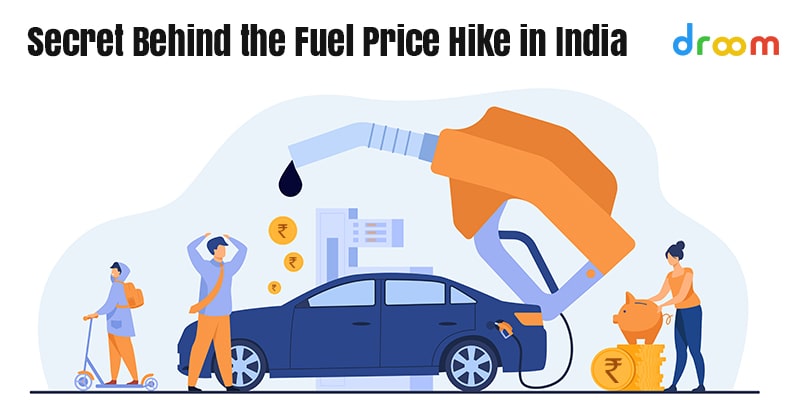 India is still largely dependent on imports for the country’s annual consumption of petroleum products, especially oil. Naturally, the fuel price largely depends on the price of crude oil in the international market. However, other few factors are affecting the price as well.

Let’s dive into a more transparent picture of fuel price rise by asking:

Who decides petrol and diesel prices in India? 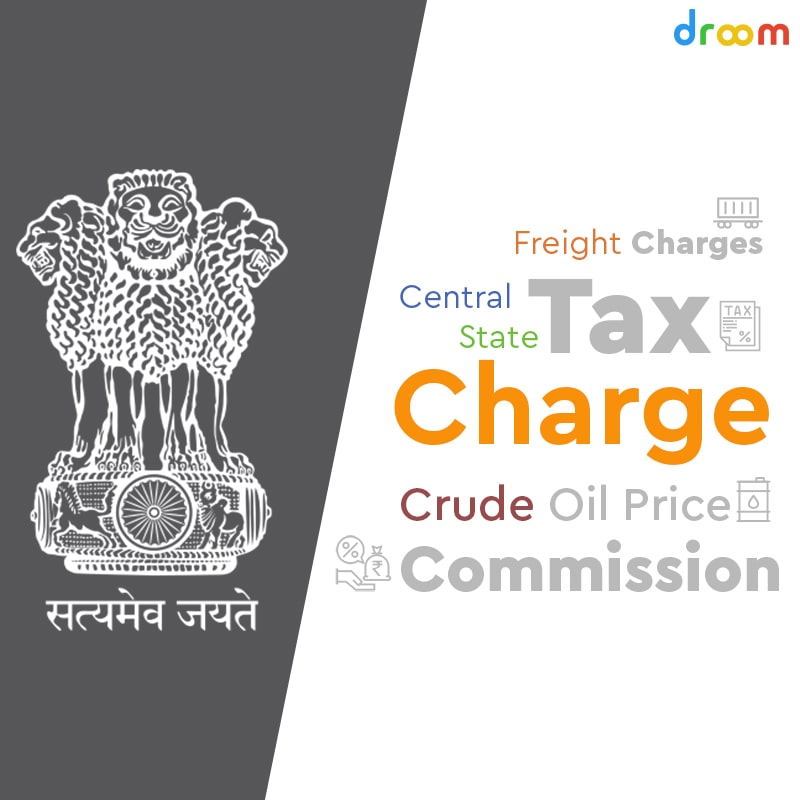 Approximately 7 years ago, crude oil price used to constitute two-third of the price of fuel in the retail market. Today, the scenario is slightly different as central and state taxes constitute almost two-thirds of the price of the fuel in the retail market and the remaining one-third includes crude oil price, freight charges, commissions, and other recurring charges. That is to say, the prime reason behind the petrol price hike in India is increasing central and state taxes. Of course, another major reason is the price of crude oil in the international market.

What are the factors of the petrol and diesel price hike in India? 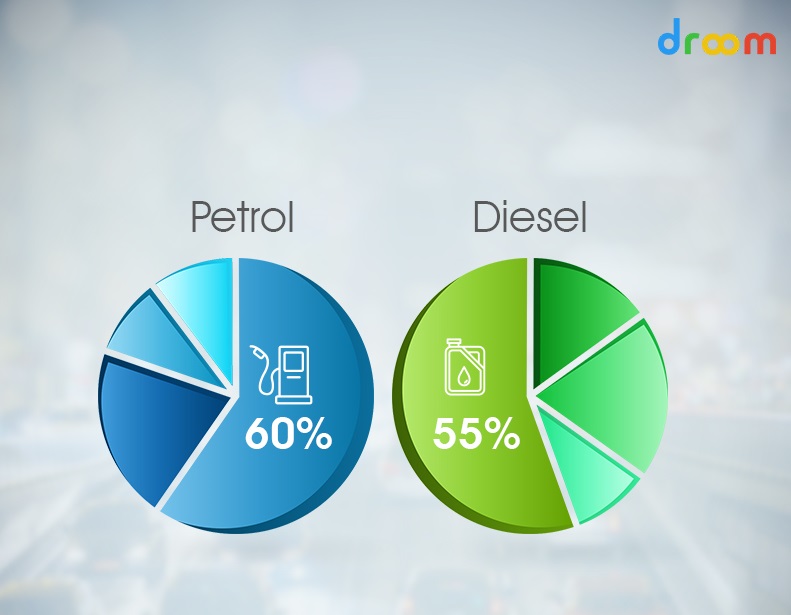 As discussed above, the rise in fuel price could be attributed to not one but several reasons. Interestingly in the cases of petrol, nearly 60% of the price can be attributed to the taxes that are levied on the item. Whereas in the cases of diesel nearly 55% of the price is due to the taxes charged. Additionally, other factors like the commission of the dealers, the incurred freight charges, are some other reasons that affect the fuel prices (petrol and diesel) in India. So, factors affecting petrol prices are not one but numerous.

What are the reasons for the petrol and diesel price hike in India currently? 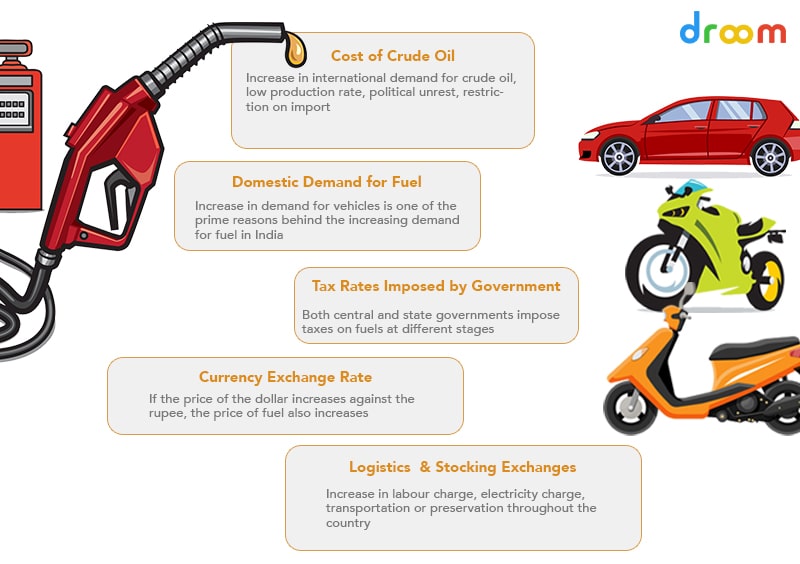 Not one, but several factors are behind the price hike of petrol and diesel in India. Have a look:

Both central and state governments impose taxes on fuels at different stages. As the governments increase the tax rates, the prices of petrol and diesel also increase. The tax rate is one of the prime factors determining petrol price in India.

Quite naturally, the logistics used in this industry influence the price of the products to some extent. Crude oil is processed in some specific areas while end products are transported or preserved throughout the country. An increase in labour charge, electricity charge, etc. affect the price of petrol and diesel.

Can the government control fuel prices? 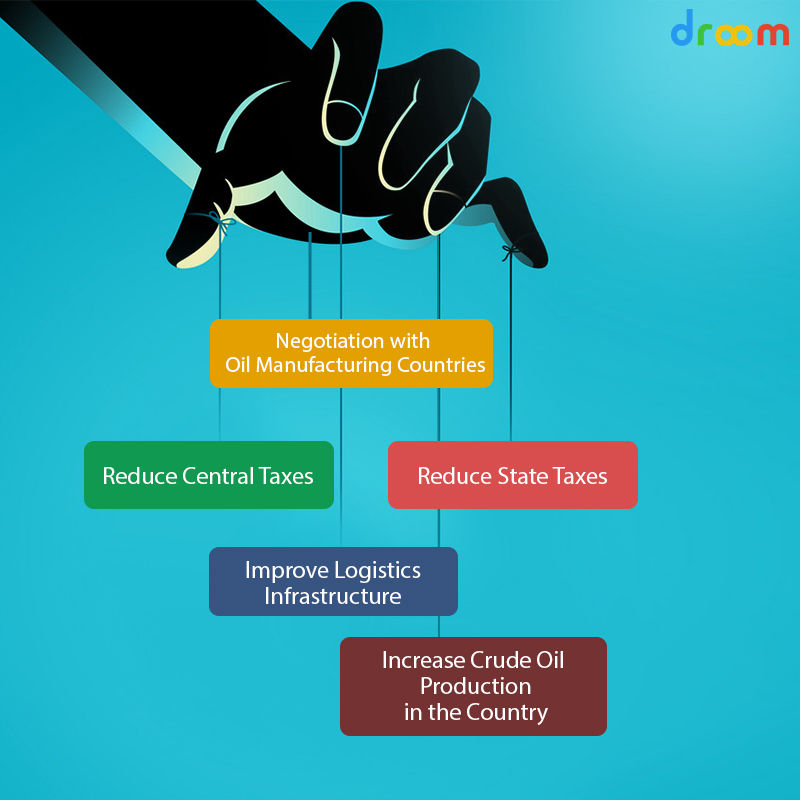 In light of the above discussion, it can be concluded that the government plays a central role in determining the prices of petrol/diesel in India. Hence the government, both the central and the state must come together to find ways of improving the situation.

How can this situation be controlled?

It is time that the people take an active role in this. The general people are also the entities who decide petrol price in India. If supply is low then consumption must be reduced. Of course, the industries and the factories need its regular supplies but the consumption of cars, two-wheelers and other vehicles can certainly go down. This is the time when people must work on their lifestyle choices. Walking shorter distances, engaging in activities like cycling, etc., can also improve your immune system, which is mandatory in current times. Additionally avoid road trips, public vehicles, etc. Opt for more environment-friendly fuel transport like electric vehicles. They can help us a lot in the present times.

This is a trying time. There can be no two opinions about it. The skyrocketing fuel prices will increase the prices of every commodity that we use in our daily lives. Ordinary average people are to face some real hardships. It is time that the government and the people of the country come together for some good measure.

Car Extended Warranty: How Does It Work?

Test Drive Vs Test Own – Which One is Better?

Droom: The Future of Automobile Buying and Selling

What is Abandoned Vehicle?

You must have witnessed cars, bikes, scooters with a thick layer of dust ...

At present, the global automotive industry to some extent is in a state ...

Ken meaning “one’s range of knowledge or understanding” is of Germanic origin. Droom ...