Suzuki Hayabusa is probably that one sports bike which most Indians are familiar with. Thanks to its major presence in 2004 movie ‘Dhoom’, it has become a country-wide phenomenon. Suzuki’s flagship model is massive regarding size and engine displacement. The twin headlamps in the bike model are vertically stacked, and that is the marquee element in Hayabusa. It has been over 13 years since its initial introduction, and over the years, Hayabusa has received considerable updates. The most recent one saw the bike get a new ABS and Brembo Monobloc front brake callipers. There are four analogue meters up front for speedometer, fuel gauge, tachometer and water temperature. The beast is powered by a four-cylinder, liquid-cooled DOHC 1300c engine which churns out a massive 197bhp. All in all, the Suzuki Hayabusa is among the superbikes you dream of having but cannot because it just doesn’t fit your budget. 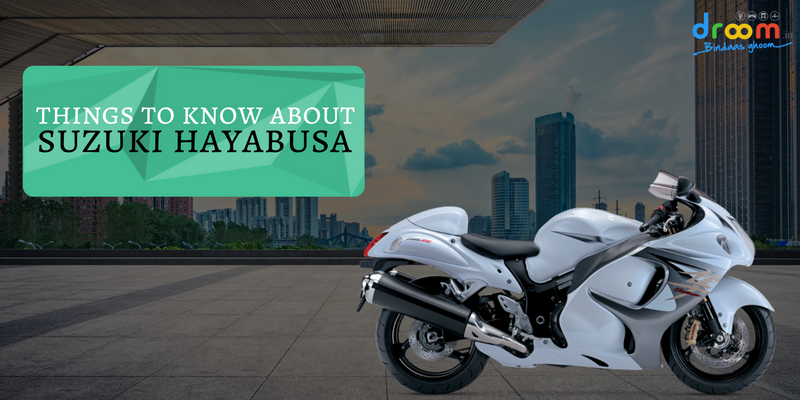 Introduction of the new model leads to the selling of old models. For this reason, there are plenty of used Suzuki Hayabusa available throughout the country. A new Suzuki Hayabusa is priced at INR 14.7 to 17.7 lakh depending upon the region. For instance, a new Hayabusa is available for INR 14 lakh in New Delhi, however, in Mumbai, the price is INR 17.3 lakh. Thus, the price variation is huge. On the contrary, if you wish to buy a used Hayabusa, there are various online portals which are offering a wide range of Hayabusa’s at an affordable price. Not only are the prices low but the models are in good condition too.

The options are endless if you are considering buying a used Suzuki Hayabusa. There are various dealers and online portals which are offering used Suzuki Hayabusa for a considerable price. You will find nearly 100-150 used Hayabusa models online from which you can choose the best one.