As 2019 closed, we look at some of the year’s most important launches of motorcycles. These are the motorcycles that have had a major impact on the two-wheeler market in India.

Some of these bikes make it into the winners’ list, purely on the basis of merit, from being all-round great products, as well as having a good consumer response. Furthermore, that does not mean that the bikes on the list of losers are all poor products. A product’s market acceptance and performance depend on a number of factors like quality, demand, competition, attributes and merit. Positioning, pricing, segmentation and even the genre all play important roles in the production or breaking of a product. There are five motorcycles in the losers ‘ list that have failed to show the interest of both consumers and critics. These bikes have failed to make a lasting impression on the market despite being very good products in their own right. In fact, some of them are excellent as products, but the response on the market was lukewarm, and that’s the only reason why these bikes end up on the 2019 loser list.

It’s been a long time since the Hero XPulse 200 was unveiled for the first time at the EICMA 2017 show in Milan, Italy, and again at the Auto Expo 2018. But when it was finally launched in 2019, it did not make any claims that it was a motorcycle of its kind. You can call it an adventure bike at the entrance stage, but it’s more like a dual-sport bike than a true ADV. The Hero XPulse is likely to go down in history as one of the bikes that will make Indian riders start exploring off-road riding with a lightweight, unintimidating, and very strong off-road capability. And its very good value as a second or third bike to explore the nearest trails with at a price that won’t break your bank account!

It was a definite shift in marketing strategy when Indian Motorcycle launched the new Indian FTR 1200. Known for making all-American heavyweight cruisers and baggers, the FTR 1200 is the homage of the Indian Motorcycle to the FTR 750 Flat Track Racing Bike, and it’s definitely a looker. Combining a rugged roadster’s style with a stripped back scrambler, the Indian FTR 1200 doesn’t just look that unique. Exceptional fit and finish, top-notch parts, and an instantly appealing 1,203 cc v-twin performance level, it’s not hard to understand why the Indian FTR 1200 makes it into our winning list.

The Suzuki Gixxer SF 250 marks the return to the 250 cc motorcycle market of Suzuki Motorcycle India. With an all-new design language, with sharp and sporty bodywork, yet with practical ergonomics, the Gixxer SF 250 offers a brilliant blend of everyday practicality, smooth performance and effortless highway cruising.  The Suzuki Gixxer SF 250 is a powerful engine, excellent on roads and a sporty style that is quite fun. And to top it all, it comes with a price tag to make it very good value for money, which is below 2 lakhs. All the good reasons for making the Gixxer SF 250 make it our winning list.

Based on the full-faired Yamaha YZF-R15, the Yamaha MT-15 is the 155 cc naked street motorcycle. With futuristic and muscular looks, the Yamaha MT-15 is a very good combination of good performance, butch looks, smooth handling and comfortable ergonomics, with a face that is more Marvel anti-hero than what you would equate with beauty. The only deceit is the price. The Yamaha MT-15 is regarded as a bit expensive for a naked 155 cc, which is also aimed at young riders. Despite being put between the Yamaha YZF-R15 and the larger Yamaha FZ-25 250 cc, the MT-15 has continued to set up its own fan. It’s a great product, looks good, runs well, and has few drawbacks, taking into account its target audience, and that’s why it makes it our winning list. 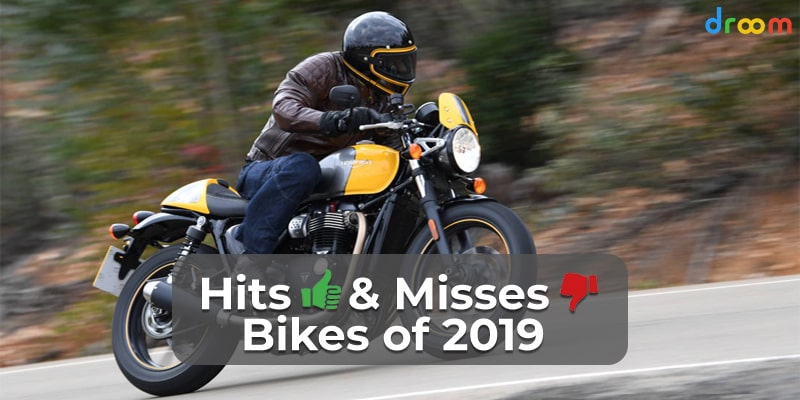 There are five motorcycles in the losers’ list that have failed to show the interest of both consumers and critics. In fact, some of them are excellent as products, but the response on the market was lukewarm, and that’s the only reason why these bikes end up on the 2019 loser list.

Two middleweight adventure bikes were introduced by BMW Motorrad India in 2019–the BMW F 750 GS and the BMW F 850 GS. Both are built around the new 853 cc parallel-twin engine, but the F 750 GS is designed primarily for tarmac duties, especially for touring, and for people upgrading to their first middleweight adventure bike. The state of tune on the engine is therefore different from the F 850 GS, and the BMW F 750 GS also looks more’ tone down’ in the looks department than its full-blown mid-size adventure sibling, the F 850 GS. It is definitely a good product for touring and exploring mild off-road gravel trails with sufficient results. The catch is that the customer in this segment who is searching for an adventure bike needs to have a bike that also looks at the component, whether he or she has the potential to really ride off-road is next to the stage. While its twin, the BMW F 850 GS, is considered one of the segment’s best adventure bikes, the F 750 GS, has unfortunately failed to make the cut in India, making it into the list of losers.

The Hero Xtreme 200S is built on the same design as the Hero XPulse, and is basically a full-faired version of the naked Hero Xtreme 200R. The 199 cc, single-cylinder engine has decent performance, and road manners also leave with little complaints. If anything, the concept could have been spruced up to make the Xtreme 200S look sleeker and more aspirational, if Hero managed to get a few numbers and interest from the 200S. Unfortunately, you won’t be able to see many of these bikes on the street, and despite being a frugal, well-made product, the full-fledged Xtreme 200S didn’t get customers to sit down and consider it in the premium commuter market.

When the JAWA motorcycle made a comeback late last year, eyeballs and retro bike lovers were immediately grabbed. With period-correct looks, the modern Jawa had a lot to do with matching the 1960s Jawa almost to the ‘ T’. Nonetheless, with unprecedented interest in both the Jawa and its version, the Jawa Forty-Two, Classic Legends Private Limited, owned by Mahindra, had its work cut out to meet consumer demand. Smooth and refined performance, great ride and handling make the Jawa so endearing, combined with a beautiful period design that drop-dead. Yet, when sales started earlier this year, the massive demand didn’t really translate into deliveries, or as many bikes on the road. Even some of the dealers we spoke to face customers who had to wait for months to finish owning a Jawa. There’s no question about a fine motorcycle, but without the availability to satisfy market demand, the Jawa is the case of a “could-have-been” winner who, sadly, is now on our loser list this year.

The Royal Enfield Bullet Trials Works Replica, in both versions of 350 cc and 500 cc, was a kind of marketing strategy experiment (if we could call it that), melting the storied past of Royal Enfield in the 1940s and ‘ 50s Trials rivalry. The Bullet Trials Replica versions, designed around the same Bullet 350 and Bullet 500 prototypes, were more of a cosmetic project to extend the range of the Royal Enfield Bullet. With a solo saddle, and scrambler-ish looks, the versions of the Bullet Trials Replica offered no new off-road ready or actual test-capable equipment, or bike components. Priced at a premium over the regular Bullet models, if you happen to find one of them on the lane, you’ll have to be very fortunate. And that’s from a company that sells every month an average of 70,000 motorcycles! And, yeah, this year’s Bullet Trials Replica is making it to the list of losers.

Do you agree with us on the list of hits and misses of bikes of 2019? Let us know in the comment section below. 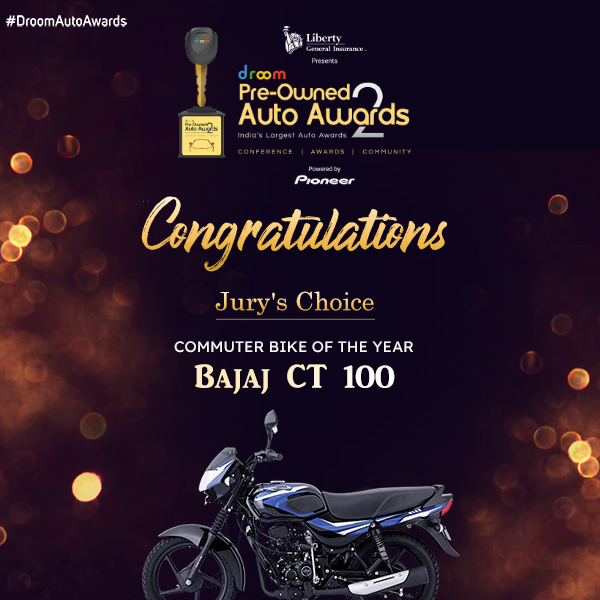 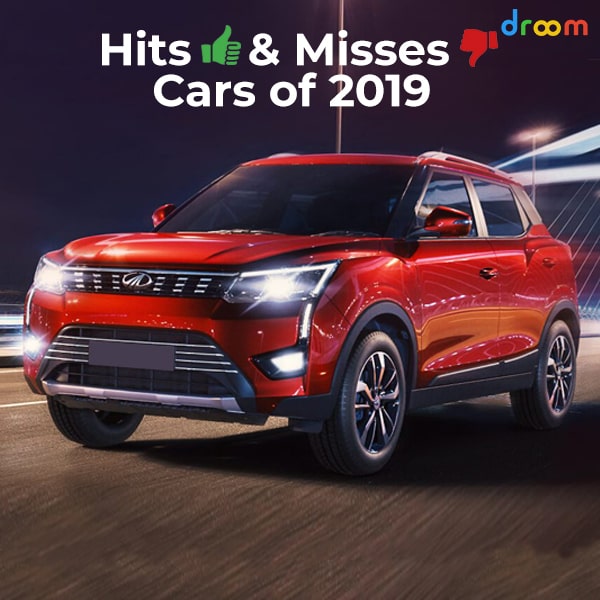