Ever since the trailer of the new fast and furious installment “Hobbs and Shaw” released featuring high-speed chase, adrenaline shot up and the anticipation was high to witness the sheer performance of the supercars on the big screen.

The action-packed movie released on 2nd August 2019, leaving the fast and furious cars the center of attention in this movie as well.

When car nuts like Jason and Dwayne Johnson are involved one can expect to see the high-performance supercars involved in some serious stunts.

Let’s look at some of the supercars that made the latest F&F installment worth watching.

Deckard Shaw is famed for his love for supercars and owns a McLaren 720S. He drives McLaren 720S out of his garage in the opening scenes of the movie.

The supercar used in the movie has M840T 4-litre V8 engine that can be seen releasing all its 710 horses in the high-speed chases scene shot beautifully.

The 720S’s engine is an evolution of the M838T engine that pumped life into McLaren650S model. In the new engine, the stroke has been lengthened by 3.6mm that increases the overall capacity and 41% of the engine components are new.

The engines employ twin-scroll turbochargers which have low-inertia titanium-aluminum turbines that are counted among highly efficient turbines in the auto industry.

The car got its name from the power figures that the car can produce which is 720PS of power or 710bhp. The car can generate an enormous torque of 770Nm at 5,500RPM. The amount of power generated can be visualized from the fact that the car can rocket to spped of 200km/hr in mere 7.8seconds and the car can reach a blinding speed of 341km/hr of top speed. 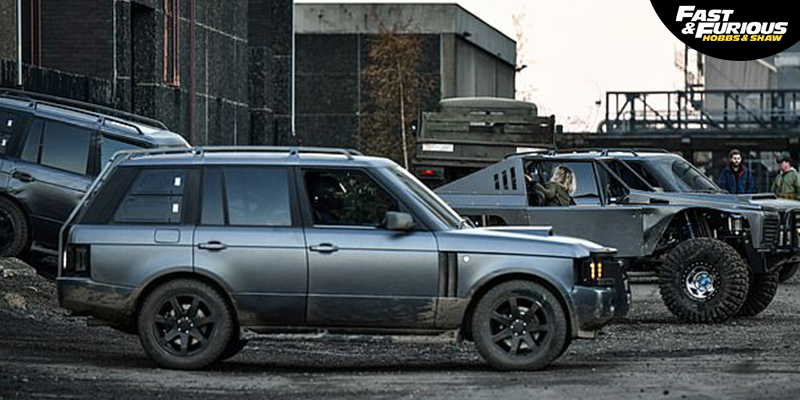 The movie also sported few modified 3rd – Generation Range Rover Series 3 SUVs that was used by the henchmen of Brixton Lore, Elba’s character. All Range Rovers used in the movie flaunts matte grey finish and get unique LED headlamps set up. The cars are used as the part of villain’s convey which in later scenes can be seen tossing in the air in almost every high -speed car chase shots.

The SUV’S used in the movie are Range Rover Series III cars that is used by Eteon employees at Eteon Headquarters.

The employees attempt to stop Hattie Shaw and Luke Hobbs from escaping with The Snowflake. Later Hobbs rams into both Range Rovers with his  MAN KAT1( truck). The Range Rovers used in the movie was in the production from the year 2002 to the year 2012 when its new advanced version was launched.

This American muscle was used by Luke Hobbs who got a call from his superiors and could be later seen driving the 1981 model Ford Bronco to a parlor shop in Los Angeles where he extracted information from artist and owner Tsoi. The car was in production from the year 1979 to the year 1986.

The 3-door station wagon car is powered by 4917cc  petrol engine that generates a maximum power of 122bhp of power and 346Nm of torque. The car can reach a top speed of 138km/hr and can reach triple digits from standstill in under 15 seconds.  The four-wheel-drive is mated to 4 -speed manual transmission. The car gives an average fuel economy of 8.5Km/L. 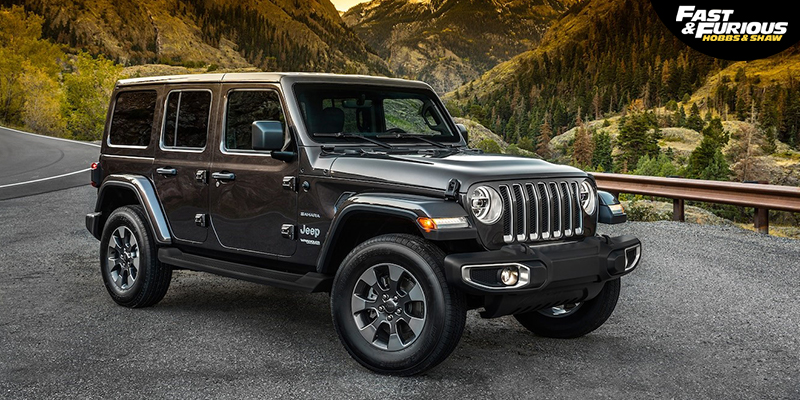 Luke Hobbs drove a 2018 model Jeep Wrangler with Hattie Shaw and Deckard Shaw while they were in Samoa, en route to his home. Hattie and Deckard made a bet whether Hobbs would get assaulted or not while waiting for Hobbs to knock on the door.

The car has a 3.6 Litre Pentastar V6 Engine that pumps out 280bhp of power and 347Nm of torque at 4300RPM. The Jeep is four-wheel drive that is mated to 5-speed manual transmission. The car gives a mileage of 9kmpl  to 12kmpl.

Know more about cars that appeared in fast and furious by clicking here. 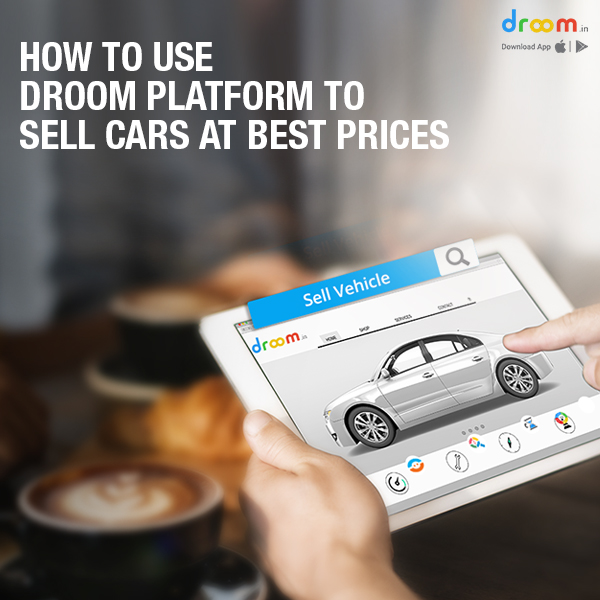 How to Use Droom Platform to Sell Cars at Best Prices?