Luxury cars are the dream of countless people in India, especially among the middle class. So many of them around the country look for these cars, working day in and out to be able to buy them. Hence, buying a preowned luxury car seems like a viable option to many. That is the primary reason behind the growing number of used luxury cars for sale in the market today. Sandeep Aggarwal Droom Founder & CEO explains this bloom in India’s used luxury car market. 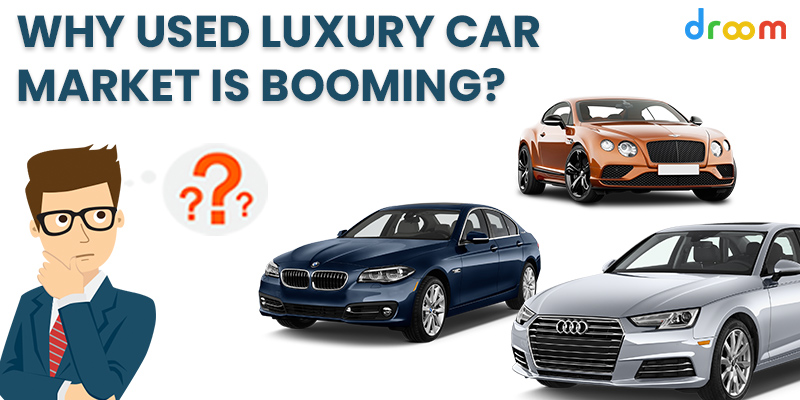 If you are wondering what Droom is, it is a one-of-a-kind platform in itself! Droom.in is an online marketplace that can be used for buying and selling used vehicles, vehicle parts and other automobile-related services. So of course, Droom has been witnessing a growing demand for used luxury cars as well.

The used luxury car market growth in India is roughly double that of the new luxury cars. So, what brought around this rapid growth in sales for the former category?

Reasons behind the growth of the used luxury car market

The living standards of the common people in India are constantly growing, especially of the middle class and the youngsters. To keep up with it, owning a fancy car has become a priority for many. However, buying a new luxury car can take a toll on the buyers’ pockets. Hence, buying a used luxury car comes off as a great option!

With the growing income of the common people, the service class of the country is also looking forward to driving a luxury car, which was earlier restricted to the business class. The used luxury car segment is a boon to the dreamy service class people.

The price of a car depreciates by about 30% in the first year of its use itself, in general. Buying a 2-3 years old luxury car would cost the same as a new mid-range car. So why not the former! Getting a luxury car at such low prices is one of the primary reasons for the growth of used luxury cars.