Everyone has been much fascinated with the idea of self-driving cars because it is actually a dream becoming a reality. As hard it is to believe that we are living in an era wherein these cars actually exist. Automated or self-driving car is a vehicle that is capable of sensing its environment and navigate without any human input. They work on a combine technique of various things like artificial intelligence, radar, laser light, GPS, and computer vision among others. 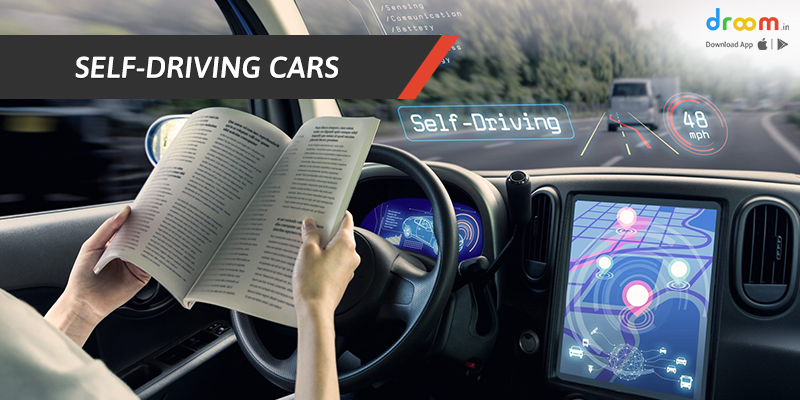 The real time usage, according to experts, of self-driving cars does not seem a far-way dream. It will not be decades but only a few years till we actually start using automated cars to reach our destinations. It will not be long before companies actually start exploring the possibilities of automated cars in daily life. According to internet data, companies like General Motors, Waymo, Ford, Apple, BMW, Tesla, Intel and Uber are already testing technologies to build driverless cars. Google’s Waymo subsidiary has already started making test runs of autonomous car on California roads.

There has to be a win-win situation for automated cars, since they have lot many benefits over the normal Cars. As per National Highway Traffic System Administration (NHTSA) of USA has claimed that 94% car accidents take place because of human errors. In that case, self-driven cars might be a game changer, given to the fact that the technology serves its purpose for good. These cars have the ability to navigate through traffic, obstacles and even follow the traffic laws. This would also be accountable for better traffic management, since the cars would properly follow the rules and unlike humans, it will not just drive anywhere.

The biggest benefit has to be that since these are green machines, it will help reduce the carbon emission up to 60%. While majority of these cars might be electricity based, the amount of fuel that they consume is going to be as less as possible. These autonomous cars will also bring the benefits of space saving as they no longer need be parked far away from each other so that the driver can get in. According to a survey, driverless cars will save up to one hour of each individual that they spend extra in traveling due to obvious reasons.

According to the BI intelligence, by the year 2020 there will be about 10 million self-driving cars running on the roads. And what is making this dream possible are the companies that are working on this innovation restlessly. Considering their determination of automobile and tech companies, much before we reach 2025, our roads will we filled with automated cars and it would be no surprise if your neighbor owns one within two years. We are on the verge of witnessing the decades wherein self-driving cars will become a casual thing. As many benefits as they have, this is going to be an interesting experiment in the automobile industry.