In the realm of the automobile industry, the notion of an electric vehicle (EV) is a relatively recent one. Although some automakers have built their whole line of vehicles on utilizing energy and being proactive, several also provide hybrid cars that run on both gas and electricity.

Due to the large amount of carbon emissions produced by cars, which are released into the atmosphere, we are more susceptible to pollution and greenhouse gasses. The future of electric vehicles can also lead to improvement of the environment in the future too.

Government grants may be available if you choose to buy an electric vehicle to be environmentally conscious. Even though you could end up paying more for your automobile, the advantages outweigh the disadvantages by a wide margin.

Electric vehicles (EVs) run on batteries that are rechargeable and installed within the car. These batteries not only keep the car running, but also allow the wipers and lights to function. 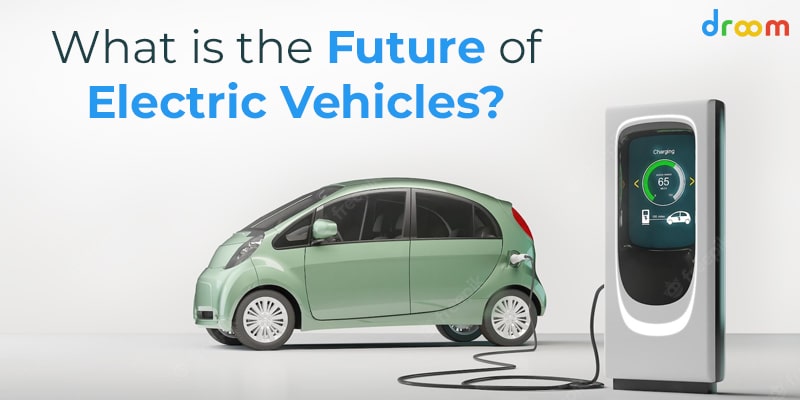 Batteries in electric automobiles are larger than in conventional Diesel/petrol vehicles. The batteries are the same sort that are often used to start a gasoline engine. The key distinction is that electric automobiles have more of them, which are used to drive the engine.

What we will cover in this blog:

Electric automobiles might appear so futuristic and foreign to most of us. In reality, EVs are much older than internal combustion vehicles.

Did you know that the land speed record was held by an electric automobile until 1900? They are now on their way to reclaiming that dominance as some of the biggest automakers in the world start producing electric vehicles once more and seek to outdo one another.

Electric vehicles may be dated back to 1828, when a Hungarian inventor named Nyos Jedlik created an electromagnetic apparatus. It had a DC motor (Direct Current), a stator, a rotor, and a commutator, and it was attached to a miniature automobile that Jedlik created. The technology is still in use today even though it is not an electric vehicle.

The first full-sized electric vehicle wasn’t created until 1832. Robert Anderson, a Scottish inventor, knew that EV is the future. He developed an electric carriage that used non-rechargeable power cells as its source of energy. Not the modern vehicle, but a significant improvement over the horse-drawn carriages of the time.

In the latter part of the 19th century, electric battery-powered taxis predominated in London. There were really several automobile types that were all powered by electricity. They were preferable over the then-current gasoline or diesel-powered cars, which were costly, loud, and stinky.

The well-off and rich favored electric vehicles. Since the vehicles were quieter and less messy. EVs were used by the rich people who were more conscious of their clothes

The Toyota Prius was the first mass-produced and, arguably, the most well-known electric vehicle. Its introduction in 1997 ignited the electric car revolution, and several manufacturers soon followed.

The market for hybrid cars also started to take off since both plug-in and self-charging hybrids offered the cost advantages of an electric car with the range of a more conventional petrol or diesel vehicle. Currently, some future EV cars manufacturers, like Tesla, Tata, MG, Hyundai and many more currently provide less fuel economy compared to petrol or diesel vehicles.

The initial cult-like following has expanded throughout society at large, supported by several environmental considerations and government initiatives promoting solar future EV charging and a greener and more sustainable way of life.

What is the future of Electric Vehicles in the Automobile Sector?

All the big global and Indian original equipment manufacturers (OEMs) have made investments in and launched futuristic electric cars, and many more new OEMs have done the same. Due to the rising demand for EVs, unicorns have emerged.

Tesla has been one of the most successful EV companies/brands in the world, but other future electric car companies also introduced EVs that are in demand from customers in many areas, including Mercedes Benz, Tata, MG, GM, Audi, Hyundai, Nissan, BMW, and Renault.

Electric vehicles are the future of transportation, there is no doubt about that. In The future EV charging stations will eventually grow too, creating many job opportunities, and while battery chemistry may utilize newer materials, advancements will continue.

Every electric car on the road helps reduce dangerous air pollution for future generations. Global warming and extreme climate change are being fought by everyone on earth and people want change that is why it’s the main reason everyone now believes that the future is electric. By switching to electric vehicles (EVs), which have no exhaust emissions and will ultimately help preserve our environment from pollution and climate change, car customers are eager to do their part for the environment.

This is a fantastic idea to lessen environmental harm and improve public health. Better air quality and fewer health issues will result from reduced depletion of hazardous pollutants.

The future of electric cars is here! The manufacturing businesses are working harder to switch from conventional to electric automobiles. Transitioning from one technology to another is never easy. India’s population has been accustomed to traditional autos for many years. So, they will find it a little challenging to switch to EVs all of a sudden. The future of the EV market is bright and as the Indian market is adapting, India could be the largest user of EVs.

However, effective marketing efforts and financial advantages will soon make electric vehicles a frequent sight in the automotive sector. Electric vehicles present and future will be a lot different as the time and technology companies are putting into their vehicles is tremendous.

Owning an electric car with the correct level of functionality and infrastructure has several advantages. With so many benefits, this year could be the time to buy a battery-powered car from Droom. On Droom, you can easily see all the specifications and models of the vehicle. If you are looking to buy your first electric vehicle, check our site now to know the details.

What is ESG (Environmental, Social and Governance)?

Many around the world have already made the shift from conventional fuel cars ...

In the awakening to minimize the carbon footprint, many well-known countries have already ...