Though situated at the southern parts of Asia with much smaller surface area as compared to all those established countries, India has always left remarkable footprints in each sphere. One such contribution of highlighting the country’s name in the world picture has been made by Tata Motors.

Tata Motors is India’s largest automaker that came into existence in the year 1945. However, the parent company Tata Group was founded in the year 1868 by the legendary industrialist JRD Tata.

Today, Tata Motors is one of the largest carmakers in India and around the globe. For TATA, it is not only about automobiles or any other business, but also about its people. They consider their people as the backbone of their establishment. It’s true picture being showcased during the COVID 19 pandemic situation. When almost all institutions are laying off their employees, to handle the crisis and loss, Tata industries have proudly declared that Tata did not lay off a single employee during the crisis time.

This is the kind of loyalty, reliability and trust-factor are associated with the entire Tata Group, that people feel and recognize each time.

Let us look at some amazing facts about Tata Motors.

You will be surprized to know that it owns Britain’s luxury car brand Jaguar Land Rover.

The fact that Tata Motors is today present in more than 175 countries in the world makes every Indian proud. With more than 8.5 million vehicles of the Tata brand, the company is well recognized in the car markets around the globe.

Tata Indica, a passenger hatchback car that was launched in the year 1998 became India’s first indigenously built car. This is one of the most interesting facts about Tata Motors.

The car was mated to a 5-speed manual transmission that propelled the car from zero to 100km/hr in under 15seconds. With the spectacular design, the car was an instant hit in the Indian car market. It gave other cars like Maruti Zen and Ambassador a stiff competition.

Within a short span of two years, the car occupied the number one spot in the Indian car market.

One of the unknown facts about Tata Motors is that under the badge of its sub-brand TAMO, Tata Motors made India’s first sports car named RACEMO.  The car is powered by a 190 PS engine, which can speed up from 0 to 100 km/h in just under 6 seconds!

The company boasts 70 years of past glory wherein the company started its journey as Tata Engineering and Locomotive Company (TELCO) in the year 1945.

Back then the company had even collaborated with Mercedes to roll out trucks that had a badge of the Daimler Benz.

5. Supplier For The Indian Army

The Tata Group is the backbone of the Indian Army when it comes to armored trucks. Yes, the company has been supplying combat-ready vehicles to the Indian army for the past several decades.

The famed Tata 407 which was launched in the year 1986 proved to be the competition killer for the Tata Group. Tata 407 crushed the international competition from Swaraj Mazda and Allwyn-Nissan, Eicher-Mitsubishi, DCM Toyota. The truck proved to be a gamechanger for the company and helped to gain a major share of the truck market in India.

Tata Nano upon its launch in the year 2008 became the world’s cheapest car in the world with prices nearing 1 lac.

The tinny minny car came with a 624cc petrol engine that produced 37bhp of power and 51Nm of torque. The car’s engine was mated to a 4-speed gearbox that made it possible for the car to hit a top speed of 105km/hr. Owing to its lightweight the car was economical at 24kmpl.

However, the car became pricier over time and eventually stopped in production lines in the year 2019.

The world’s cheapest car Tata Nano has also been presented as the world’s first-ever Gold Jewellery car. It was made of gold, silver and precious gems. It was made to celebrate the 5,000 years of jewellery making industry in India and it’s worth is over Rs. 22 crores.

Tata Group took part in the Geneva-Bombay Rally that was held in the year 1955.

Three of the Tata truck plied from Bombay to Geneva covering 8000 miles without a single breakdown.

9. 5th Most Valuable Corporate In Asia

The domestic sales of the commercial and passenger vehicles of Tata Motors recorded a 16% growth in the year 2019.

And in the year 2018, the revenue of Tata Motors hit a staggering 45.2 billion US dollars.

In the year 2015, owning to the high net revenue and overall growth Tata Motors was named as the 5th most valuable corporate brand in Asia.

Tata Group is not just like any other institutional firm in India. It is the only group that has a dedicated city with railway junction on its name ‘Tatanagar’- Jamshedpur, Jharkhand.  A huge section of our country’s employment has been solely tackled by this group. So, these were some interesting facts about Tata Motors and Tata Group as a whole, that make it very unique from others.

If you know any other unknown facts about Tata Motors, do let us know in the comment section below. To know about the hidden facts about other brands, check our other blogs. 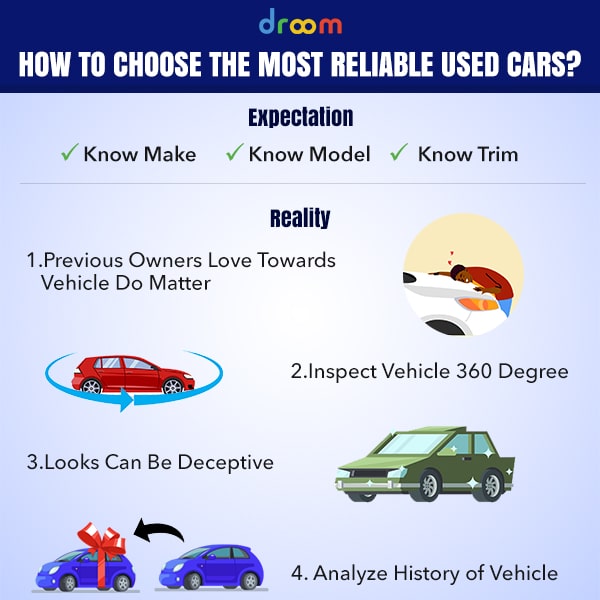 HOW TO CHOOSE THE MOST RELIABLE USED CARS?