There is no denying the fact that cars are more comfortable. But the feeling of wind blowing past your ears is unbeatable. The sheer exhilaration that one gets just with a twist to the throttle is something that can’t be experienced in a car. There is a saying among bikers that for riders, cars are like coffin. However, a bike requires regular maintenance just like other vehicles. 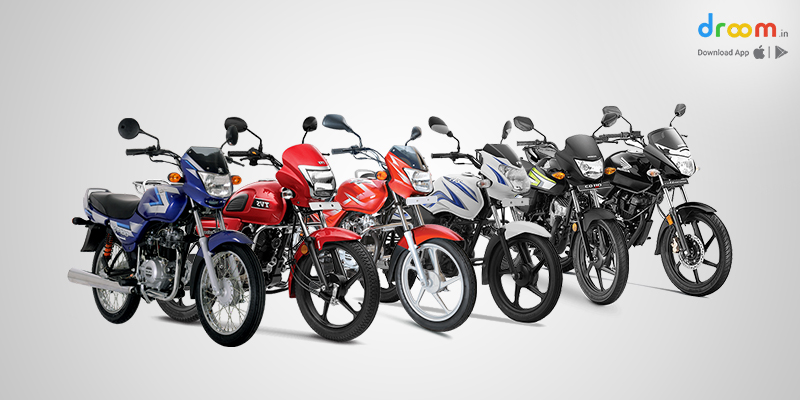 If you are one of the folks who don’t have much time for bike maintenance, then here are some best low maintenance bikes in India, that you can buy:

This bike is well known in the Indian bike market. it is also the best selling bike for the Bajaj. The reason the bike is popular in rural areas is the combination of power and great fuel efficiency. The bike is powered by 99.27cc, 4 -stroke, air-cooled engine that puts out 8.1bhp and 8.05Nm of torque. The engine is mated to 4-speed gearbox that gives a fuel efficiency of 82km/L which attracts a lot of buyers that are looking for an affordable bike. The bike can achieve a top speed of 90km/hr. The bike comes at an ex-showroom price of Rs. 32,000.

The TVS Radeon is an entry-level commuter bike that sports a simple yet elegant look. This bike is counted among best low maintenance bikes in India due to its rugged design and tough engine. The bike is powered by 109.7cc engine that pumps out 8.2bhp of power and 8.7Nm of torque. The air-cooled engine is mated to 4-speed gearbox that is able to give a fuel efficiency of 69.3km/L. The bike comes at an ex-showroom price of Rs. 50,070.

The Bajaj Platina is a very popular commuter bike that is powered by 102cc engine. Due to its minimalistic design, tough engine and tough body it is counted among best bikes with low maintenance in India. The bike is able to put out 7.7bhp of power and 8.34Nm of torque. With an ARAI certified mileage of 90km/L, the Platina is a commuter bike that does not give many problems to its owner. The bike comes at an ex-showroom price of Rs. 40,750.

TVS Sport is based on the extremely popular bike from the past TVS Star City. The TVS Sport gets its life from 100cc engine that produces 7.4bhp of power and 7.5Nm of torque. The bike can easily handle rugged rural terrains without breaking down. The bike weighs just 108kg that makes it handling quite easy. With a mileage of 95km/L the bike is good for those seeking a reliable and affordable commuter bike. This low maintenance bikes price is Rs. 39,900 ex-showroom.

The Honda CD 110 is an entry-level bike from Japanese auto giant that has made its mark in the low maintenance bikes in India. The bike employs rugged design with reliable engine that produces an 8.31 bhp of power and 9.09 Nm of torque. The bike is claimed to have a fuel efficiency of 74km/L and has very little maintenance cost. The bike comes to life with its 109cc engine that is mated to 4-speed gearbox. The bike comes at an ex-showroom price of Rs. 40,750.

Overall, the bike is good for those looking for affordable and low maintenance bike.

The Yamaha bike is an efficient commuter bike that is light on pocket due to its reliable 110cc engine, that pumps out 7bhp and 8.5Nm of torque. This single-cylinder bike weighs just 98 kgs due to which it has superb handling.  The Saluto claims an average of 82km/L of mileage that is good for city commuting. The bike comes at an ex-showroom price of Rs. 48,720.

The Honda CB Unicorn 150 is the one of the biggest success in the Indian two-wheeler market. The bike blends quality and affordability which is why the bike became extremely popular among masses. The bike is powered by 150 cc air-cooled, 4 stroke engine that churns out 13.3 bhp of power and 12.8Nm of torque. The engine is mated to 5-speed gearbox that gives a fuel efficiency of around 60km/L. The bike is counted among best 150cc low maintenance bikes in India due to its rugged design and tough engine. The bike comes at an ex-showroom price of Rs. 74,393.

The above-mentioned bikes are counted as the best low maintenance bikes that are available in the Indian two-wheeler market.

How to be a Model Seller on Droom?