Maruti has been one of the most popular brands in India since its debut around two decades ago. Together with Suzuki, Maruti captured the Indian market by a fine margin and till date continues to be one of the hottest four-wheeler manufacturers in the country. After the Maruti 800, the two most successful models by the Indian manufacturer have been Suzuki Swift hatchback and the Dzire. While the hatchback ruled the segment for quite a long time, Dzire is reigning supreme till date with periodic upgrades being brought into play. Dzire is dominating sales with its flawless design and outstanding performance. 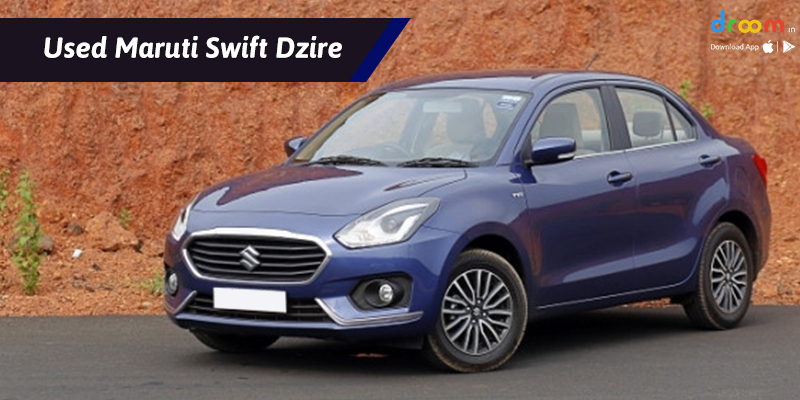 Built on a compact sedan body, the Dzire has been introduced in the market many times with revamped looks and performance upgrades. The latest model has taken aesthetics to a whole new level. Because of the increase in demand for the new vehicle, the demand for Used Maruti Swift Dzire is soaring as well. Swift Dzire runs on a 1.3-litre engine variety of engine options available with this model. The standard 1.3-litre engine produces 74bhp @4000rpm and generates a maximum torque of 190Nm@2000rpm. The engine is mated to a five-speed manual transmission. The USP of this Maruti model similar to other models is the mileage. Maruti Swift Dzire offers a mileage of up to 24 kmpl.

Though Maruti Swift Dzire is a budget sedan, if you feel that it does not fit your budget then you can opt for a used Maruti Swift Dzire. There are a plethora of options available online and offline. While offline costs might be rigid and a little high, online buying can get you great rates. There are various portals which are providing Swift Dzire at an affordable rate. The used model is available in the price range of INR 2-7 lakhs based upon the condition of the model and the variant.
It is the option which you get through online platforms that makes it worth it. Moreover, it is not about trust and security anymore as with services such as inspection and market value available online, buying a used Maruti Swift Dzire was never this easy. You can take help of websites such as Orange Book Value to get a proper valuation of the Used Maruti Swift Dzire based upon the specific variants.

Furthermore, you can get any used Swift variant that you want. Maruti Suzuki Dzire is available in 14 variants – 7 petrol and 7 diesel. The petrol variants include LXI, VXI, VXI AMT, ZXI, ZXI AMT, ZXI Plus and ZXI Plus AMT. The diesel variants include LDI, VDI, VDI AMT, ZDI, ZDI AMT, ZDI Plus and ZDI Plus AMT. Thus, you have many options regarding the variants. However, prices vary based on the model. The diesel models are expensive whereas the petrol prices are slightly lower.
Before you buy a used Maruti Suzuki Dzire, make sure you get it inspected and thoroughly checked before spending your hard-earned money.

How to Change Battery Connection